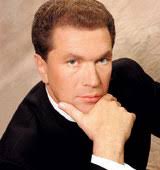 Dmitry Buriak is a businessman, philanthropist, president and founder of such companies as Vision International People Group (network marketing), DeVision (development), Cryptaur (blockchain), LifeWise (network marketing), and others. His businesses are based in Switzerland, Austria, The Netherlands, Cyprus, Lithuania, Vietnam, and Ukraine.

Born on December 7, 1957, Dmitry has Russian, Belarusian, Ukrainian and Lithuanian roots. His parents were Arkady Buriak and Tatiana Sagaidachnaya. In 1964, the Buriak family moved to Mongolia for 5 years where Dmitry’s father worked as deputy director of a state-owned construction company that was engaged in the construction of residential areas. At the age of 7, still in Mongolia, Dmitry went to the school. Later on he entered the Moscow Institute for Geological Prospecting and, after a two-year break associated with the obligatory military service, he graduated in 1985 as a geological engineer specializing in exploration of rare and radioactive minerals. Then he worked at the Research Institute of the Diamond Industry, introducing new abrasive materials. Later on he graduated from the Moscow Institute of Culture as a director of cultural events. At the moment, Dmitry Buriak permanently resides and works in Ukraine.

With the beginning of democratic changes, he started his business career as an independent entrepreneur. Having launched one of the first start-ups in the USSR, Dmitry organized the production of clothing and footwear. Subsequently, he collaborated with enterprises of non-ferrous and ferrous metallurgy, participated in trading on LME (London Metal Exchange). Later, Dmitry Buriak became interested in the Wellness industry, which resulted in the creation of Vision International People Group in 1996, a network marketing company producing and distributing dietary supplements and other health-related products using the direct sales method. By the end of 2013, Vision achieved an annual turnover of $96 million ranking 85th in the world within the industry. Dmitry Buriak has also been controlling a variety of assets such as:

·        Forum Palace, a sports, entertainment and business center in Vilnius (together with the basketball star Šarūnas Marčiulionis);

·       SVF (Švenčionių vaistažolės) and Acorus, two enterprises specialising in the production of herbal teas and dietary supplements in Lithuania;

·       DeVision (formerly First Ukrainian Development), a development company in Ukraine with such projects in its portfolio as Domosfera (a multifunctional complex in Kyiv consisting of two shopping malls, the Ramada Encore hotel, and the Europe office center).

Dmitry Buriak was also involved in a number of large-scale business projects that he later sold to new owners. Such projects included:

·        Akrikhin, a pharmaceutical plant in Russia later sold to Polpharma for $100 million.

As a dedicated fan and true connoisseur of basketball, Dmitry Buriak took part in a number of projects related to this sport:

·       Kiev, a basketball club which Dmitry founded and managed together with the baskeball star Alexander Volkov;

·       Žalgiris , the famous basketball team from Lithuania that Dmitry sponsored for many years;

·       NEBL , the North European Basketball League that Dmitry founded together with such basketball legends as Šarūnas Marčiulionis and Alexander Gomelsky.

In 2001, D.Buriak was granted Lithuanian citizenship for his active work in business development in Lithuania and organization of charity events.On July 14, 2002, Dmitry Buriak was awarded the RANS medal for his practical contribution to strengthening the health of the nation.On December 18, 2002, at the annual awards ceremony of the “Faces” magazine, Dmitry Buriak became a laureate of the “Faces of the Year” award in the “Life style – health” nomination.In 2003, by the decision of the Council of Self-Government of the Sviancheni District of the Republic of Lithuania, D. Buriak was awarded the title of an honorary citizen of the city.

Disagreeing with the anti-democratic changes in the Russian Federation, he renounced Russian citizenship and in 2011 changed his place of residence and business to Ukraine. Dmytro Buryak’s democratic hopes are associated with this country. In addition, Ukraine is the historical homeland of his ancestors and himself.

Mr. Kislin was born in Odessa, Ukraine in 1935. He graduated from Moscow’s prestigious...
Read more

Encyclopedia of the most significant people of our time